There Is No Peace 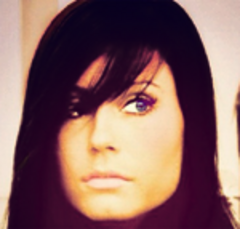 It was to the sound of her heart that she awoke. The first sensations were that of cold, and of pain. Before even opening her eyes, she instinctively took stock of her injuries. Headache. Cause: Trauma to the head, possibly a blow from a hard object. Arms unresponsive. Likely cause: Frostbite, maybe hypothermia. Abdominal pain. Cause: Unknown, possibly severe trauma to the abdomen, likely also from a hard object. Burns on arms and legs. Likely cause: energy weapon.

She opened her eyes.

The rock on which she lay was the floor of a large cavern of sorts. Some benches were to one side of the cavern, surrounding what appeared to be a fire pit – unlit, of course. Otherwise, the entire area was undecorated. Having quickly observed her surroundings, she attempted to sit up. As she did, the pain in her gut became fiercer, and she let out a whimper. Closing her eyes, she took a deep breath, then yelped in pain.

She then turned her attention to her body. Her initial assessment had proven correct. Head trauma, certainly from a blunt object. Arms were blue with cold and disuse; she managed to get her fingers twitching, but it would take some minutes to restore most feeling. Burn wounds crossed both legs and her left arm. Her stomach muscles had taken a beating, but nothing appeared to have ruptured internally. No punctures, no critical injuries.

She tried another deep breath. It still hurt, but she seemed to be recovering a bit. After a few minutes, her arms worked again, so she stood and shuffled over to the fire pit. Completely dead; it’d take some time to get a fire going. Nevertheless, she gathered what she could and, within a half hour, had enough of a blaze to stave off the pervasive cold.

There she sat, then, staring into the fire, wondering where she was. Brief flashes kept running through her mind – a glowing red line, an explosion, and…something else. Elusive.

It wasn’t for another three hours that she found the datapad. It was near the entrance to the cavern, blinking with a pre-recorded message. Taking it back to one of the benches, she stretched out and let it play.

A small, wavering blue hologram of an old man appeared. He seemed injured, or at least he acted that way. His eyes looked towards her as he spoke.

“Myenial, I am sorry that we had to part this way. Considering the blow to your head, I am not sure you will even remember it, or me. Perhaps that is for the best. Suffice it to say that I was attacked and you received your injuries defending me. I have done what I could for you, but my attacker still lurks nearby, and I must leave. She will not let me get too close; I can feel her anger nearby now. I would take you with me if I could, but she would only hunt us both down. With me gone, she may leave you in peace. That is my hope.

“I am sorry I was unable to help you further. Your life, and your freedom to do with it as you will, may be the last gift I can give you. I beg you only to use it well. Earn this gift. May the Force be with you.”

As the recording ended, the young woman lay back, lost in thought. Who was that man? Why was he helping her? Who attacked him? Why did he leave her? And what did he mean – may the Force be with you?

“I…” she croaked. Light sword…a lightsaber. That was what it was called. And the Force, that was what allowed her to move those objects around. Yes, the Force. She looked at one of the sticks in the fire pit and willed it to move. Hard as she tried, though, she could not. It would not budge.

She tried moving that stick, or others like it, for the next two hours. Finally, exhausted, she slumped backwards on the bench. Closing her eyes, she drifted to sleep.

Several hours later she awoke, feeling refreshed and much better. She was still sore, but her head hurt less, and her muscles all responded. After several hours of exploring the cavern, she found what seemed to be a small closet with cloaks, furred and warm. Donning one, she headed for the cavern’s entrance.

Once outside, she saw little but drifts of ice and snow. Nearby was a landing pad and a ship that seemed familiar to her. She walked over and examined it; it was in good condition, but for a few power couplings missing. How she knew that, she didn’t know. She also knew that she could fix it.

Back inside the cavern, and again by the fire – whoever had lived here had left enough wood to burn for weeks – she contemplated the visions. Snatches kept coming back to her, giving her glimpses into her life. Tiny nuggets of who she was. Finally, fragmented as the memories were, she latched on to one sound, one name.