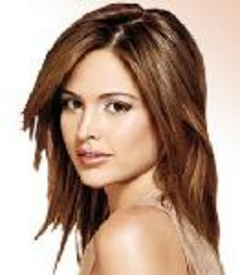 Christina Thorn
Posts: 40
Thorn nodded sagely at Beta. This is getting better; they understand us, I think....Around her, several other Confederation politicians glanced at each other, and Thorn almost knew instantly what they were thinking of without Kitty Hawk's telepathic powers. We haven't quite decided that ourselves... The majority had already decided that simply recieving access to the Coalition hyperlane would be at least an equal, if not greater than, trade for the Confederation's help. But there were still others who would push for more. But the minority leaders could, and probably would push for more if they could. And doing so could strain the Confederation's internal ties. She would have to move to please both parties. Christina paused and lightly leaned back in her chair.

"I am certain that our conseus is that free access to the route would more than satisfy most of our citizens, and frankly, that will be enough," announced the Kashan Pro-Consul, "but if it would not be too much to ask, we would like to suggest the establishment of embassies between our two nations. Thus, I think we can better foster relationships between our two great nations, and develop closer in friendship..."

The establishment of permanent diplomatic stations between the two nations would help facilitate any further contact between the Confederation and at least the Cooperative, if not the Coalition. And that would more likely than not mean more contact between the two, and thus more opportunities to work together. Whether it meant hunting down criminals between borders or starting joint economic ventures. But in any case, it would more likely than not draw the two nations closer together.

"That is a wonderful idea," Traan said exuberantly, before Smarts could respond. Seemingly as an afterthought, he glanced to Beta, whose head bobbed once to permit Traan to continue.

He turned back to the Confederation representatives, an irrepressible smile on his face. "As I'm sure you can imagine, the Overseer and I had a good deal of time to discuss possible Cooperative goals for this meeting while traveling from Varn. The establishment of an ongoing and long-term diplomatic dialog was our chiefest hope for this meeting."

The Senate was going to have fun with this one. Until now, basically any planetary government that affiliated itself with the Cooperative in any substantial way was granted a seat within the Senate. Even worlds belonging to the independent interplanetary government of the Drackmarian Empire had seats in the Cooperative Senate, but this was something different entirely.

The Cooperative had recently made a habit of solving problems as they arose, and the Senate was going to have to work out what was sure to be a wordy and overly long explanation of the various degrees of affiliation and interdependency that had begun to arise within the Cooperative.

While this was to be expected, and was in truth one of the fundamental concepts behind the design of the Cooperative's government, the urgency of the Onyxian Crisis and the scale of the Coalition trade route had caused the Cooperative's members to largely forgo such endeavors for the time being.

But now the Cooperative was entering into a diplomatic exchange with an independent nation. Playing nice and staying friendly were no longer valid political maneuvers. It was time for the Cooperative to get its act together, and it was the Confederation that was going to drive them to do it, whether the foreign nation realized it or not.

"The Cooperative was formed to help unite the Coalition," Smarts began, "at a time when the Coalition was the only government body that represented the overarching ideals which unite our two nations. The face of the Coalition has changed, and with it so has our mission. The Onyxian Commonwealth is lost, the Contegorian Confederation has established itself as a just and independent power, the Gestalt Colonies have fallen eerily silent, and the Cren seem to have become . . . paranoid&#8213;to put it kindly. What remains of the Coalition must stand as one, but those who have chosen a different path&#8213;as you have&#8213;need not forsake the Coalition altogether.

"The Cooperative will continue to serve its true purpose: to offer itself as a point of unity, collaboration, and mutual understanding between the free nations of the Galaxy. We do not consent to this diplomatic endeavor lightly, and should the Confederation decide to seek out renewed relations with the remaining member states of the Coalition, we will offer our assistance without hesitation."