Seth Vinda
Posts: 3599
Hey all, recently had a major burst of creativity, and after chatting to a guy from work who'e really into his graphic novels I checked out a series he recommended called 'Saga'... and have gotten the comic bug again (I used to like a lot of stuff when I was younger)

Found a few more based on the strength of that series, and I'm impressed with some of the stuff that Image comics is producing atm!

Low, Saga, Lazarus, Horizon, Descender, Invisible Republic, etc all really good stuff, and if you haven't, check them out.

I've never been much of a Marvel fan if i am honest, mainly because the whole superhero thing was never something I connected with, always found superman to be kind daft (capes, pants outside tights? whats all that about??kkk)

I've always kinda liked Batman, I suppose it's because he was a more relatable character IMO.

When I was younger my comic books of choice was 2000 AD (judge Dredd, ABC warriors, Slaine, Crisis, Zenith - 2000AD was a British comic book) Mainly because it was always more, grittier, more adult, and I felt like it wasn't preaching anything (its amazing what you pick up on when you're a kid ;)

Plus, as you know, always a sucker for a good bit of sci-fi...

Also, found my way onto Y: The Last Man, Black science, Lady Killers, and Southern Cross, also good reads if anyone is into checking stuff out.

Reading anything good? Books or comics, place your recommendations here!

Omnae
Posts: 4191
Bernard Cornwell is coming out with a new Saxon Tales novel soon.  I think Marius' Mules has another book coming out soon too (SJ Turney I think the author is).

Don't read graphic novels anymore or comics.  I was into Batman and early Azrael and had some graphics novels (punisher vs batman, grendel vs batman - I think that one is a two-parter), spawn vs batman... and old star trek graphic novels back in my teens but I got into novels and never looked back.  I have so many books... I think I have a problem.. 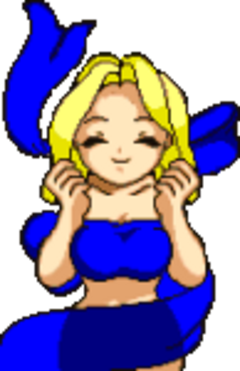 Damalis Skywalker
Posts: 2504
If you check, you can find a lot of classics translated into manga form that I've found to be enjoyable to read.  I bought the Jane Eyre one, because it's one of my all time favorites, and have my eye on a couple others.  It's just if your not used to reading manga right to left it can be bothersome.

Irtar Milagro
Posts: 2558
If you're into Manga? Berserk.

Damalis Skywalker
Posts: 2504
My being crazy or berserk isn't in question :-p  I have read somewhere between 1500 and 2000 manga titles in the last two years.  I read them on my tablet online and, granted, there are some extremely strange one out there, but there are also some really well written ones.  They are just foreign graphic novels.

And how the hell do I turn that signature picture off?  I keep thinking I've done it but then there she is again...