The Heist {Not for minors} 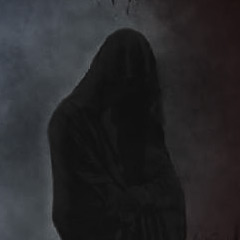 Oman
Posts: 12
The door closed and Oman kicked the Rodian on the floor. "Good Greedo's n gravy, what the hell did you do to her in there to get her nipples all in a twist?" Oman demanded of his compadre.


Then he stopped and grinned slyly, "Did you twist her nipples?"


Oman couldn't tell if Kullum was wincing at the memory or at the question but he really wasn't waiting around for an answer, "And who the fuck is this guy?" he asked the janitor but everyone knew that was a rhetorical question because of the black "Z" emblazzoned on the silver square patch and the fact that a certain "Zelezny" was the bigwig in the skybox overlooking the illegal racing venture he and Kullum stumbled across earlier.


The man had started to sweat which added a hint of saltiness to the floral fragrance permeating the domicile. "Being told off by a hooker, that's gotta be a new low!" Oman chastised himself. "What the fuck is she getting all pissy about when the bloody mook has her address on his bloody ID!" he nearly shouted kicking the body again for added emphasis with each progressive word.


He turned to the janitor, his eyes glancing at the name patch for the first time. "So, Drago, is it? Just where are these airducts?"


Before the janitor could answer, his comlink squawked causing the nervous being to jump. In fact, it caused Oman to jump as well.


The janitor's hand had already pulled the comlink out and pressed transmit before he could even think about it. "T-4 here?" he answered hoarsely.


"Drago? You sound like you gotta an Ugnaught stuck in your throat," came a scratchy voice over the com. There was a snicker in the static background. "Anyway, your schedule's been changed."


"What? Why?" came an indignant Drago. He had plans to be at the races over the next few days. In his flare of anger, he forgot about the apartment, the scoundrels, the woman and the dead Rodian.


"Blame Kesser this time," the unexpected reply came back. "DCI wants no unauthorized people in the area."


"What's going on?" Drago demanded, interested. Such gossip spread faster than phage on the crotch of a Daemun.


"Dunno. DCI is keeping things tight. Something about Vinda Corp, though. You should be getting your schedule update soon. Gotta go."


And the comlink went dead.


"Vinda?" Oman's face twisted into a frown. "Sounds like a smelly cheese."


"He is only the richest man in the galaxy," Kullum answered absentmindedly.


"I know who he is. I just don't like his name." He winked over at Kullum, "I hear he's got a real looker of a daughter. Get hitched with her and imagine what you could inherit if her old man kicks the bucket?"


"That just means she's firm and uptight. I mean reeeaaal... uppppp.. and reeaaal....tiiiggghhhtt.." Oman hands made an hour-glass shape in the air..


"Oman," growled Kullum trying to bring the other's focus back to the task at hand.


The other was grinning, clearly warming to the idea. "So uptight," he shivered and then turned to the janitor, "She would be screaming 'Oh Man" all night..."


"OMAN!" Kullum shouted drawing the other's attention back to the present.


"Almost like that," Oman snapped his fingers, pointing to his partner, "But come on, Sport, you don't sound anything like her."


Drago giggled but before Kullum could reply, the woman's door slid back open. 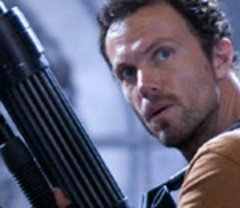 "I'm glad you all find this so amusing" The woman started, visibly annoyed "because once Zelezny finds out you've killed one of his enforcers you won't be laughing later…"

Kullum threw her a surprised glance… "Wait , this guy works for Zelezny?" He blurted out, taken aback...

Khaya's expression turned from one of annoyance to one of surprised amusement in an instant.

"Of course he--Wait, you really don't know who he is?" She asked, incredulous...

Then it was her turn to laugh.

"I'm sorry but , clearly you're more stupid than I originally thought…" Khaya said with no small hint of ridicule...

Oman looked like he was about to respond, but it was Kullum that beat him to it "Well, how in the hell are we supposed to know who he is, its not like he was wearing a frellin' name badge!" He snapped angrily.

"I knew who he was" Drago interjected, clearly hoping to distance himself from the others in Khaya's eyes.

"Oh fuck off!" Kullum said testily towards the alien janitor.

Khaya raised her eyebrows and threw a glance towards Oman "Touchy ain't he?"

"No need to be like that, was jus' sayin…" Drago grumbled indignantly to no-one in particular , his voice just barely audible…

"That" Khaya pointed at the dead Rodian corpse on her floor "Was Dabu , an enforcer for Zelezny, which is why we now need to hide his body" Khaya explained tersely. "Is everybody clear on this now?" She added sarcastically.

"I have a question" Oman interrupted "Why did he have your address?"

"Yeah" Kullum chimed in "...and you don't seem very upset about him being dead either"

Khaya sighed as she replied "thats because he was a real nasty piece of work, and I'm glad he's dead, that being said, I'm not thrilled at having him mess up my carpet"

Kullum was curious now "What did he do?"

"I don't want to talk about it" Khaya stated abruptly.

It was Kullum's turn "Touchy ain't she?" which prompted a grin from Oman.

"Okay fine" Khaya started, annoyed by Kullum's remarks "If you really want to know, he was blackmailing me. I made a mistake and ending up owing a lot of money, and the bastard used that to his advantage"

Before anyone could say anything more, Khaya's comms unit chimed, causing everyone to freeze.

Khaya seemed to hesitate for a moment , as if considering what to say, before finally answering and lifting a finger to her lips, indicating to the others to remain quiet.

"This is Khaya" She said, as casually as possible.

Her eyes widened in recognition as she heard the woman on the other end; Vima-Nashira..

"Khaya, I'll make this quick, I really hope for your sake that Dabu is not with you right now" Vima said bluntly...

Khaya's eyes darted to the dead Rodian on the ground in front of her, and winced, but before she could say anything more, Vima continued…

"He's supposed to be working, and now Deran's on the warpath"

"Ah, no, I haven't seen him since.." Khaya started to explain quickly, but Vima's interruption was swift "He'd better not be. Deran looks kinda pissed off, and if that Rodian is with you right now it'd be better for everyone if he wasn't , and fast"

Khaya felt her heart miss a beat, (but not in a good way)… "Ah I see, why? has something happened?" The young woman asked, as innocently as she could muster.

"Not that I know of, but thats not important, what is important , is that he's probably on his way over, now" Vima answered plainly.

The implications of this hit the young woman like a dead Rodian hitting the floor.

"See that you do, we'll talk about this later, for now, just try to not to wind Deran up"

…and with that, Vima signed off.

Khaya's face was deadly serious now, "Ok" she said, the urgency in her voice evident for all to hear...

"We really need to get this dead fucker out of here"